TW Promotions, Inc. enjoys a long and rich history of introducing unique and innovative product lines into the world of athletic shoes, fitness equipment, athletic mats and amateur wrestling. We’re extremely proud to share our journey from 1957 to the present day.

William “Bill” Farrell was an alternate for the USA’s Greco Roman team.

On their trip to Japan he met Shozo Sasahara who was an Olympic Gold Medalist in 1956. Bill became fascinated by the lightweight nylon shoes the Japanese National Team was wearing. He had only seen the clumsy, stiff canvas basketball like wrestling shoes sold in the United States. Sasahara introduced Bill to Kihachiro Onitsuka who was the owner and designer of this lightweight shoe known as the Onitsuka Tiger.

His employees would drive to the Port Newark, NJ docks to receive them. Along with this distribution agreement Bill also brought over some of the best Japanese wrestlers in the world to work for his growing company. They would also compete for the prestigious New York Athletic Club.

Warren had discovered a new way to make wrestling mats, which up to this point were stuffed with horse hair and covered in an unforgiving vinyl fabric. New, lighter weight and extremely protective foams were just emerging in the marketplace, and Warren discovered that they could be covered with pliable vinyl paint.

With Onitsuka Tiger and Resilite as his mainstays, Bill founded his first company “Olympic Resilite” and opened the doors in Valley Stream, NY. 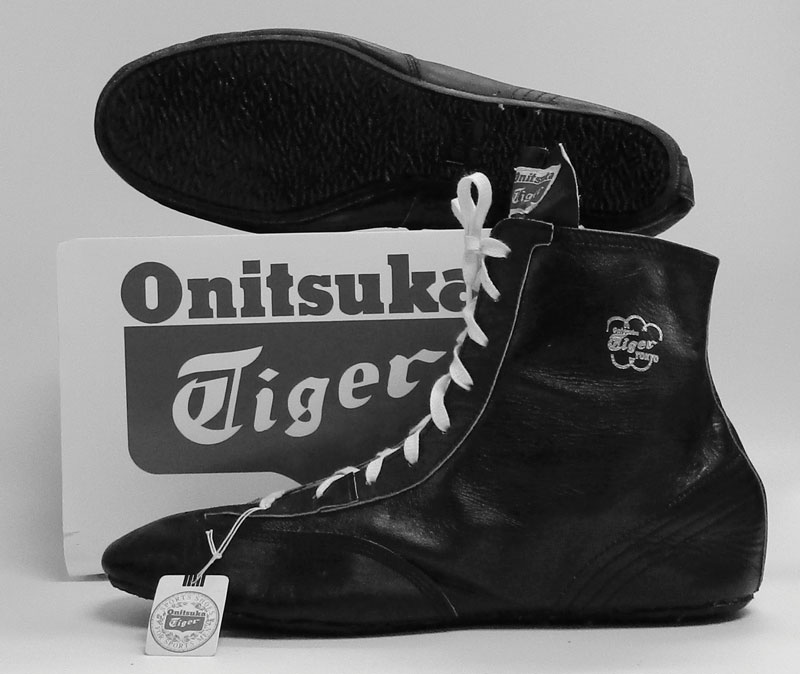 By this time every Onitsuka Tiger wrestling shoe sold in the United States was being shipped from Long Island.

It was at this time, that Bill discovered the second innovative product that would galvanize his fledgling company… the Universal Gym!

It’s hard to imagine now, but back then weight training was not regarded as an athletic endeavor.

The prevailing opinion was it would make an individual “muscle bound” and cause him to lose flexibility and coordination. The first “Universal” Bill sold was to the New York Athletic Club, and a short time later, after discovering its benefits, they purchased another.

One of Bill’s most well-known customers was Vince Lombardi, the head coach of the Green Bay Packers.

Bill proved to Coach Lombardi that he could strengthen his players for the rigors they faced in practice and on the playing field. The fitness boom had begun with the Universal Gym.

Bill Farrell was selected as the Head Freestyle Coach of the USA Olympic Team which competed in Munich, Germany.

Several team members had little to no international experience and weren’t expected to do well. This group came back with 3 Golds, 2 Silvers and a Bronze.

Sonny knew Neil wanted to wrestle for the New York Athletic Club and asked him if he needed a job as well. Neil was hired to pack wrestling shoe boxes, although after his first day one of his coworkers who hurt his leg at a wrestling tournament couldn’t drive the company’s truck. Neil then became a full-time truck driver and installer of the Universal Gym product line. 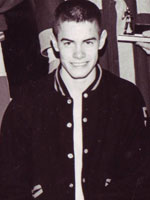 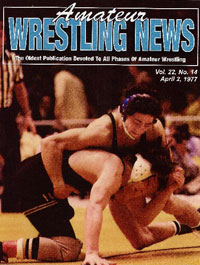 Nick Gallo was hired by Bill as an Assistant Director of the wrestling division.

This was the year that Nick won the NCAA Wrestling Championship at 126 lbs. and was named the Most Outstanding Wrestler. Bill supported Nick in his training for the 1980 Olympic team. Unfortunately, this was the year the United States boycotted the Moscow Olympic games.

Nick Gallo’s office work included signing significant athletes and coaches to represent the “ASICS” brand (The three companies ONITSUKA Co., GTO Co., and JELENK Co., merge as equals to form “ASICS Corporation” in 1977). Nick’s first signed ASICS representative with the help of Bill would be none other than Olympic Champion Dan Gable in 1978.

Universal gyms, our manufacturer in Cedar Rapids, IA discontinued their distributorships and we were out of the fitness business.

Tiger Associates was formed by Bill Farrell, Nick Gallo, and Neil Duncan as the owners.

Neil and Nick always noticed the heavy and cumbersome wrestling mats rolled up on the side of every high school gym. They believed that some type of storage and transportation product could be invented. Thus, they designed and fabricated the first Mat Rack which became their third innovative product. It was sold to Deer Park HS on Long Island New York, and is still being used to this day. Over 3,000 units have been sold in the USA and overseas.

The Mat Rack had a huge impact on the market being a movable cart system that could be secured to a wall or placed in a storage closet.

We designed the Wall Rack which was a slimmer rack that could be secured to a wall or placed in a storage closet. Almost 1,000 units have been sold to date.

With the Mat Rack and Wall Rack taking off we felt the market needed a smaller system that could move classic mat sections individually.

The Mat Mate was designed and fabricated to fit this need. Over 600 Mat Mates have been sold to date.

Nick Gallo signs Jordan to an ASICS sponsorship agreement which continues to the present day.  “JB” wins Gold in the 2012 Olympic Games and three more World Championships. He is currently vying for a spot on the 2020 Olympic Team.

New lightweight mats had taken over the marketplace.

We designed, patented, and fabricated the Mat Basket. A cart system that would store and transport lightweight mat sections on six wheeled platforms for ease of handling and moving. 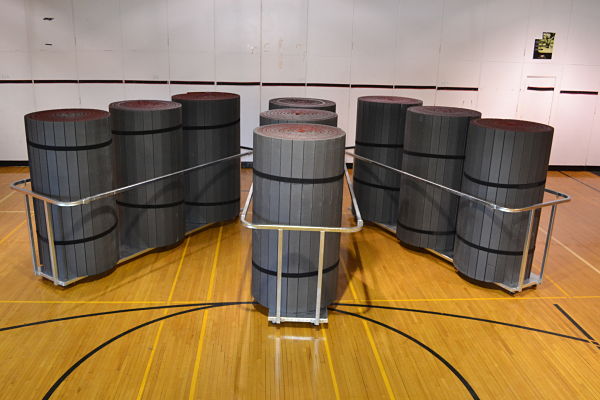